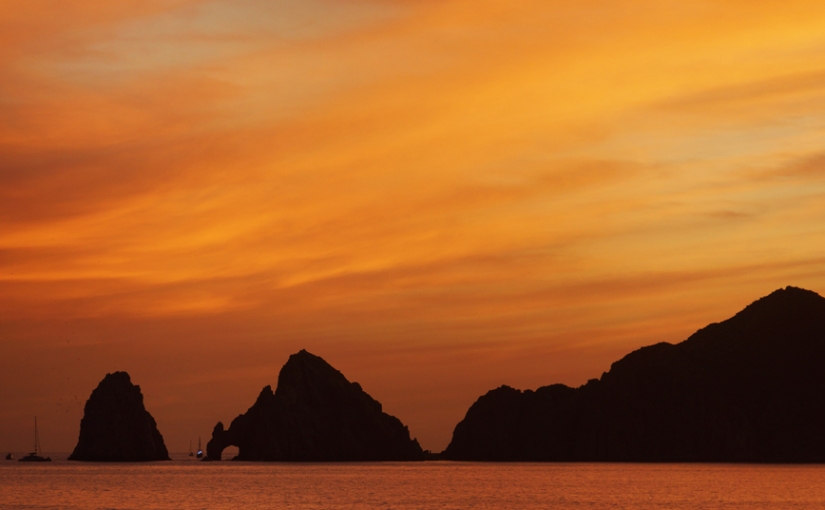 The most silent bar in Cabo

After late night of partying in downtown Cabo the night before we decided that we needed some beach R&R to clean out the cobwebs before the big football game that evening—Super Bowl 2017. Nothing soothes a swollen head like the cool ocean water so we packed our chairs, grabbed our snorkel gear and headed for our special spot on the beach. WHOA!  What happened to our tranquil bay? The water looked more like a surfers paradise than a snorkelling haven.

Watching the large waves crash the shoreline in set after set, reciprocated with an undertow current that felt certain if it grabbed us we would never touch land again. With no life guards or floatation devices nearby we opted to dip our heels instead of our heads—sadly there would be no snorkelling today.

It made us acutely aware that conditions can change rapidly and that the ocean can swallow you whole if you are not cognizant of the dangers. Rip tides and undercurrents are powerful forces that can pull you away from shore and ultimately will exhaust you when trying to swim in. When fear and panic set in, you’re doomed. Best to stay out of the water in these conditions even when the “green flag” is up I say. I’m just not that good of a swimmer. Incidentally they never seemed to change the warning flag here even on a rough day which makes it even more important—follow your instinct!

However it made us acutely aware that swimming conditions one day may not be the same as the next. Conditions can change rapidly—the ocean can swallow you whole if you are not cognizant of the dangers. Rip tides and undercurrents are powerful forces that can pull you away from shore and ultimately exhaust you when trying to swim back. When fear and panic set in, you’re doomed. Best to stay out of the water in these conditions even when the “green flag” is up I say. I’m just not that good of a swimmer. Incidentally they never seemed to change the warning flag here even on a rough day which makes it even more important—follow your instinct! 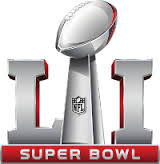 Later that evening, sitting in the sanctuary of the little bar around the condo’s pool we settled in to watch “Super Bowl 2017”. We’ll confess that we’ve never watched a Super Bowl game in our lives, but we’ve been enough of a Canadian football fan over the years to at least understand the rudimentary rules of the game, besides, what a great opportunity to socialize and meet people. Nervous that we might need to discuss some aspect of the players or teams with others we searched the Internet to learn first of all who in heck was in the contest? We found this great little site (isn’t the Internet great?) that outlined 10 things non-fans should know about the game. Stuff like, where the game was being played, deflategate (huh?), quarterback Tom Brady’s impressive game stats, hunk master MVP “Matty Ice” (Atlantic Falcon’s quarterback Matt Ryan), the odds between the teams and OMG, the half time show…LADY GAGA!!!!

The most silent bar in Cabo

If you are a fan you know how the Superbowl game went. The first half was a yawn fest. The Falcons were obviously going to win, so that made socializing easier. No one seemed to care about stats or players—no one was paying attention to the game. We urged a couple at the next table to join us and were surprised to find out they were from British Columbia. Before you knew it we had new friends, but more about them later.

When I mean “the most silent bar in Cabo” I am not referring to the first half of the game (it turns out that there were a lot of Patriot fans around us), I am referring to Lady Gaga’s half time show. It was evident that no matter what team you were rooting for, everyone at that bar was definitely a fan of “The Lady”. After the perfunctory recap of the first half by sports commentators to allow time for stage set up, suddenly there she stood, a lone Lady Gaga amongst a star-studded backdrop provided by hundreds of lit drones. As she began her rendition of America The Beautiful…..NOTHING. I mean, we all saw her lips move but no sound. Apparently someone in the complex earlier had changed the television feed so our sound was coming from another source so us gringos could hear the game in English rather than Spanish. Pepe, the poor bar owner panicked with the remote control but the best he could achieve was a something that sounded like it was coming from a 2-inch speaker from a transistor radio. With thirty sets of desperate eyes glued to the television no one dared whisper a word throughout the entire performance—complete and utter silence. I laugh when I think that if someone had walked by the bar at that moment they would have thought they were witnessing the Mannequin Challenge Game—you know the game where everyone stands completely still like mannequins in a display window. No movement, no sound—the most silent bar in Cabo San Lucas. By the way, the Patriots came back in the second half, the game was tied at the end and in overtime the Patriots scored, won the Super Bowl—it pretty much turned out to be the best game in Super Bowl History. Not a bad game to pick for a first timer, and don’t worry, we did get to watch Lady Gaga in her full glory on YouTube later in our condo—again and again.

Back to new friends. Turns out Jim & Debbie are in the process of moving to Cabo San Lucas from Vancouver, BC. (Debbie Spagnol, got a job as a Real Estate Agent for Remax—no I don’t get a commission). They had just closed a deal to purchase a new home in the hills and were staying at Misonies until they got possession in April. They invited us to see their home, and it turned out that we all were fans of hiking so we made a date to hike Pedregal, the mountain close to their new home overlooking Cabo San Lucas. 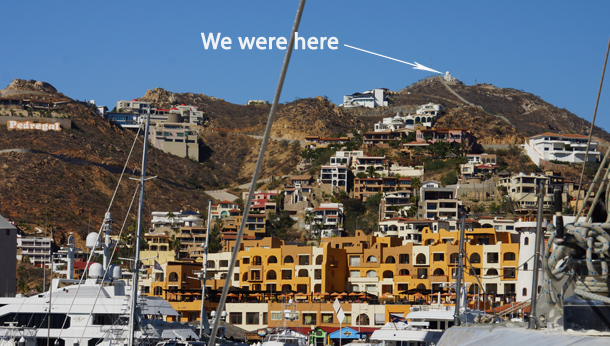 The hike was a treat.  A windy steeply paved road, dominated by locals, to the top of the communications tower took about a half an hour. The top rewarded us with a 360 degree view of the entire southern tip of Baja California Sur.

Looking behind you could see thousands of residences—from shanty shacks to gated communities—nestled between the desert volcanic mountain ranges as far as the eye could see. Along the Pacific Ocean side, the enclave of Pedrigal, rows of luxury mansions owned apparently by celebrities (including Oprah) overlooked the secluded Pacific beach along the infinite shoreline. A jet soared overhead reminding us of the private airport nearby for the rich and famous.

It was also clear from this vantage point why Cabo San Lucas Bay is a popular anchor point for all those cruise ships. The calm bay sheltered from the harsh Pacific ocean winds is large enough to moor several cruise ships at once while leaving enough space for the hundreds of popular boat charters catering to day-trippers. Everything from deep-sea fishing, whale watching, yachts, sail boats, snorkelling tours, catamarans, jet skis, even water taxis—this bay can handle it all.

Gazing out at that harbour mooring literally hundreds of boats, we made up our mind—it’s time to head out to sea, to see what we could see. Mañana (tomorrow), definitely some sea time.